Bring your dance to life with us

Dance with ease and confidence!

We would love to meet you and discuss your wedding dance ideas or allow us to help create one for you!.

Come along for a chat or request a phone consultation and find out why we are one of Australia's leading dance choreographers for both beginners and advanced clients.

We particularly love those with two left feet or with those who just have 'no idea'!

Your wedding dance is choreographed especially for you, this ensures your dance is both unique and special. It's our priority to make the process fun and enjoyable for you both; and help the two of you create the perfect dance for your special day. 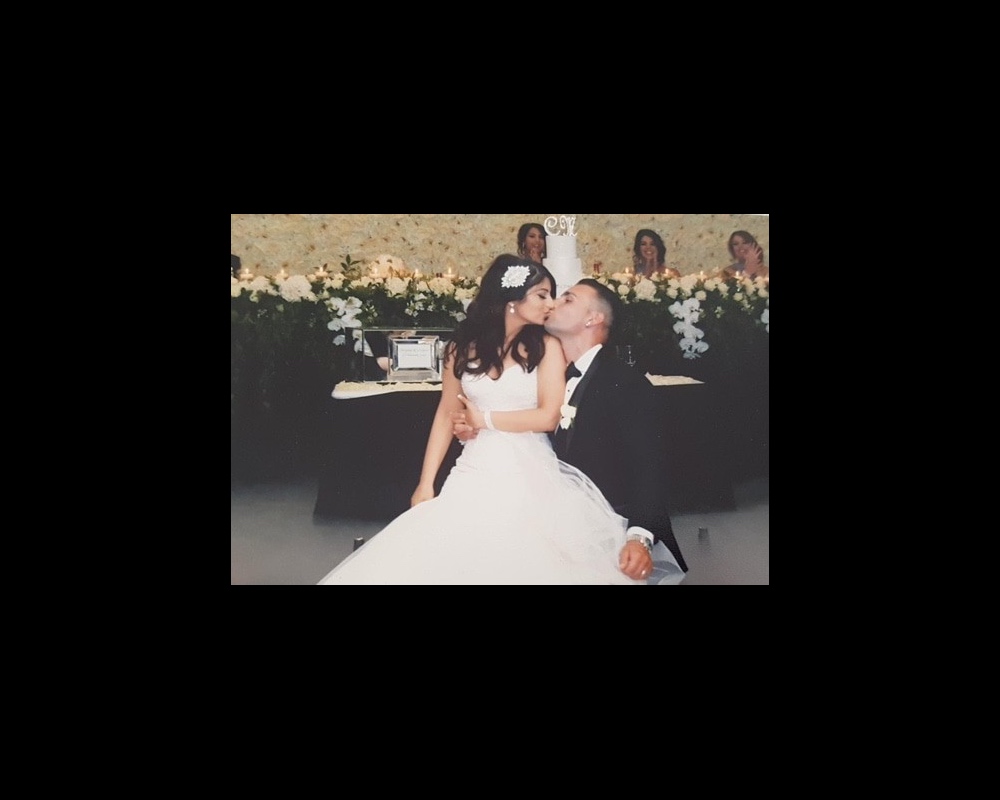 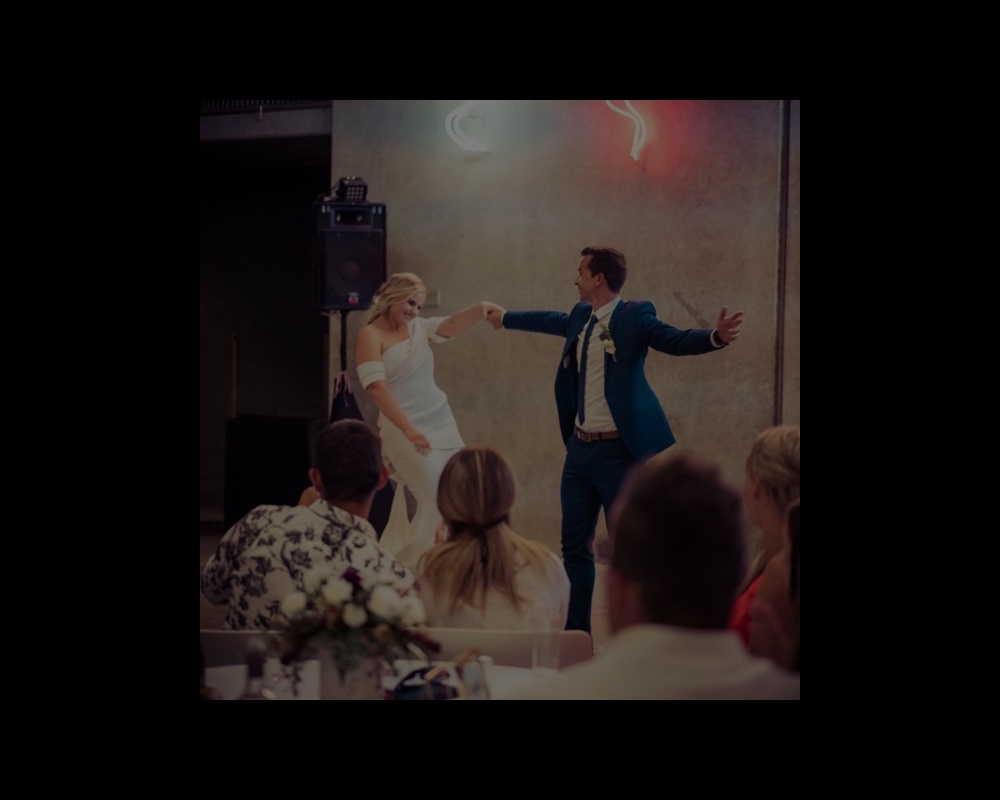 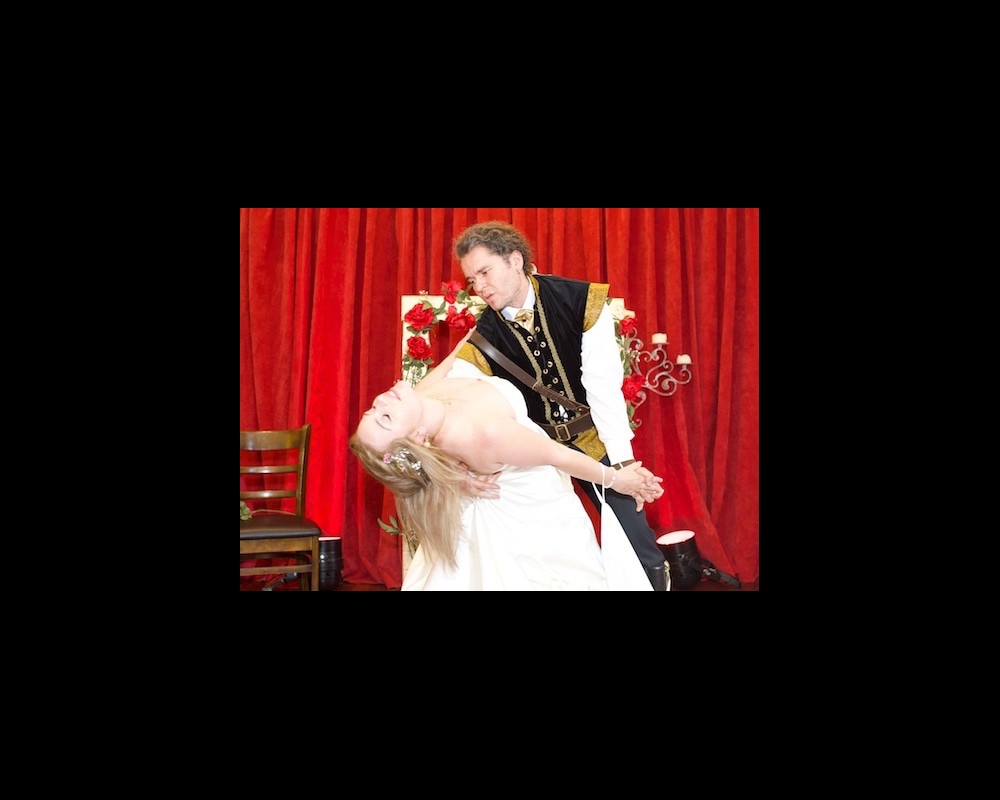 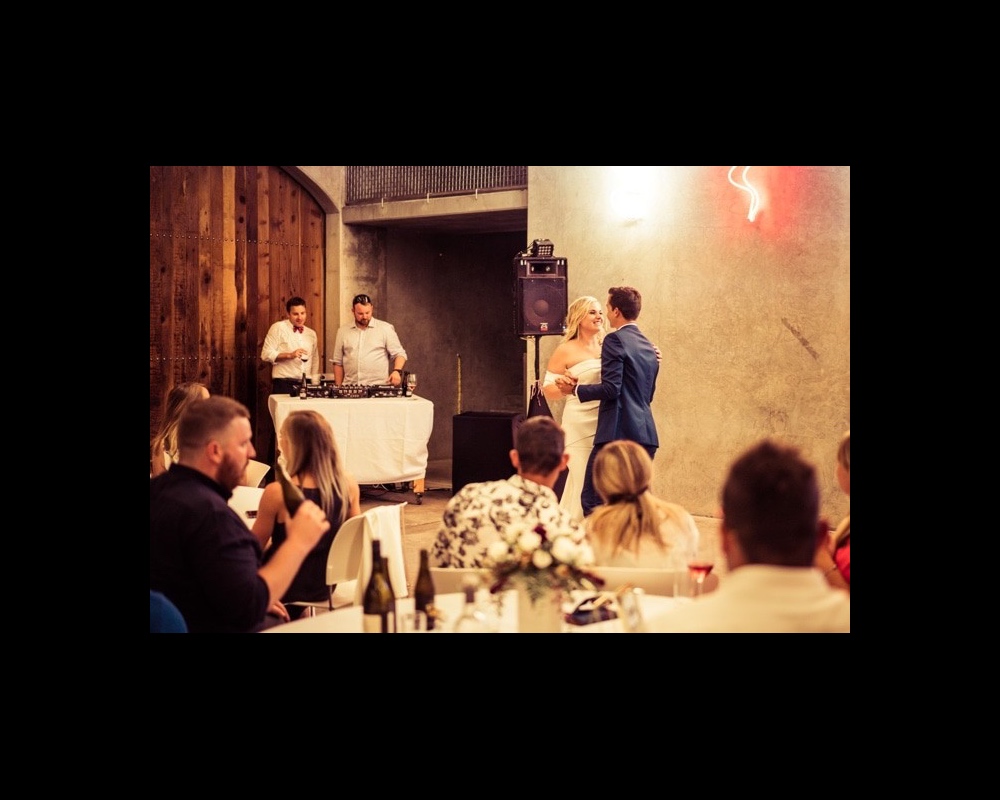 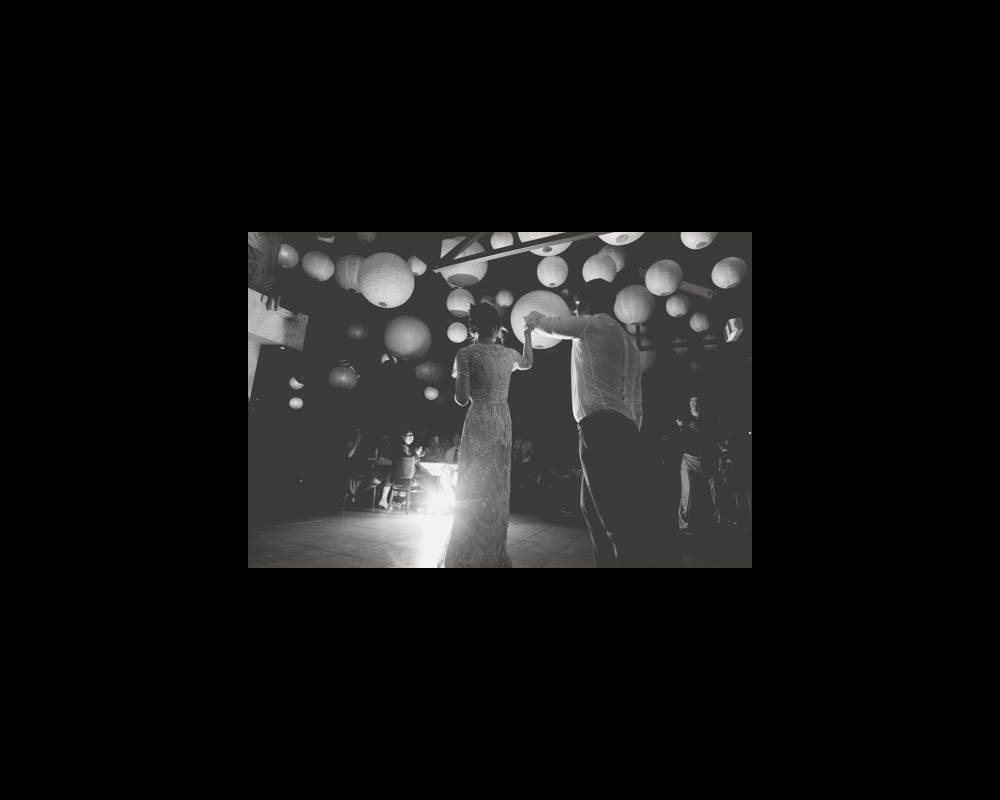 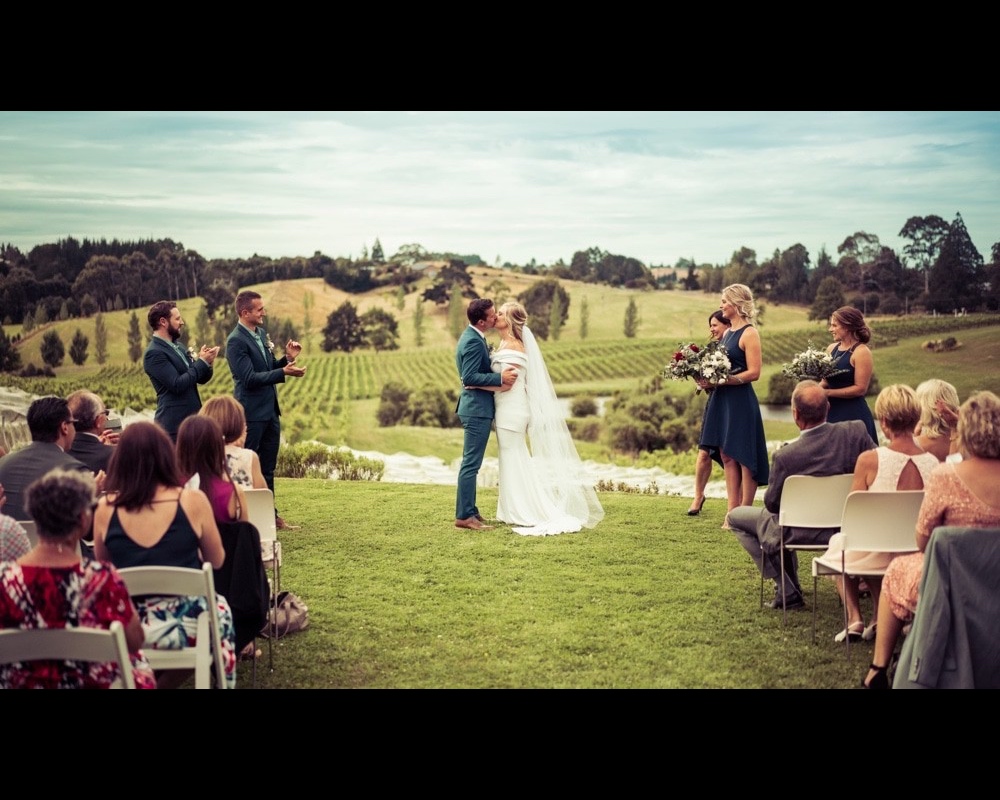 We offer a highly experienced and professional instructor and choreographer. Simple and easy to follow dance lessons.

Customised professional choreography. We cater for any song of your choice, or we can assist in your song choice if needed.

We offer over 20 dance styles to suit your vision or song. Find out more

We have a 100% guarantee to have you dancing to your favourite song(s).

Creative and unique entrance and exit to cater for your venue. Special dance highlights, dips and poses.

We can also be available to teach your last class choreography at your wedding venue. (pending on venue availability and location)

Many of our couples have wanted to include their bridal party & guests into their dance routine. We always encourage the couple to have their special moment together first and perhaps include the others towards the end of the routine or have a second dance to include them all!

Some of the more traditional Ballroom styles may include, Rumba, Waltz, Foxtrot. Such styles can be utilised in your traditional Bridal Waltz routine. Each style can bring out a particular style to your dance pending on the music you have in mind.

Dance Styles include ~ Salsa, Merengue, Bachata, Zouk, Lambada, Tango, Samba, Cha Cha Cha, Flamenco & many more. Some of the most popular styles include..

Tango Made popular by movies such as 'Take the Lead', 'Scent of a Woman' and 'Shall We Dance'. This is a style that you can add to any routine to add a bit sensuality that will have guests gasping for more. It only takes a few steps that will add a spice of magic to any dance.

Mambo/Salsa Made popular by movies such as 'Dirty Dancing' and 'Dance with Me'. One of the most popular styles to date adding a fun and sexy element to any routine!

Rock n Roll - Inspired by the movie 'Grease' with the hand Jive and the style. The generation began to obsess about...Rock n Roll!

Many couples love utilising their favourite moves into their routine allowing their personalities to shine on the day. Whether it be your favourite House Dance Mix, 80s/90s, Hip Hop or whatever you made up on the dance floor over the years! We can very easily utilise and add this to your routine

Ela Rose specialises in adding a story to your routine. We have incorporated couples story on how they met and their journey as a couple to where they are today into their choroegraphy to their chosen song. Theming could also be utilised as an introduction to your routine or perhaps throughout the routine or just at the end to give the onlookers something different to wow your routine with.. We can also add props and comedy to enhance your routine choreography by our in-house Theatre and Dance Choreographer

Many of our couples have wanted to include their Bridal party & guests into their dance routine. We always encourage the couple to have their special moment together first and perhaps include the others towards the end of the routine or have a second dance to include them all! We can also cater for

We making you smile 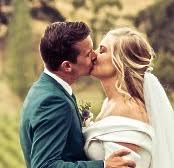 Wedding Dance
We came to Emilio and the Ela Rose studio when preparing for our first dance as a married couple. Both my wife and I were a bit nervous and lacked confidence to pull off a choreographed dance in front of so many people but after three or four sessions, we were comfortable in our own skin and around Emilio. He had a great way of teaching us while making us relaxed and not afraid to learn dance moves through our mistakes. A great teacher, true professional and a fantastic studio. I'd recommend him to everyone! 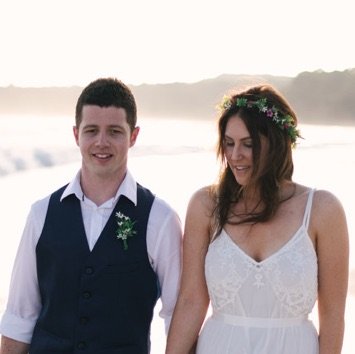 Wedding Dance
Emilio's classes are full of fun a laughter. He creates a dynamic learning experience rather than a set of rigid classes. His creative style means he can adapt moves to suit individuals and couples. We are uncomfortable in the spotlight but in the lead up to our wedding, Emilio helped us relax and enjoy the process. So much so, we have continued with his weekly salsa lessons! 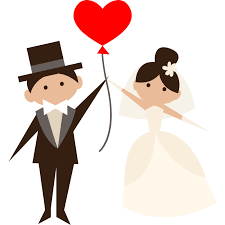 Wedding Dance
Emilio is an excellent teacher. He has so much talent and patience, and a great sense of humour too. Neither of us had much experience dance-wise, but Emilio instantly made us feel comfortable and was able to breakdown the steps and start with the basics. Over a series of lessons we gradually improved and built up a routine to the song 'Love is all around'. We had turns, dips, lifts and all sorts of other moves. My husband and I were always amazed at Emilio's ability to choreograph and time all the moves so perfectly with the music. The wedding dance was a huge hit with all our family and friends at the wedding. Not only was it a highlight of the reception but it was a great activity for my husband and I to enjoy together in the sometimes stressful lead-up to our wedding. We had a wonderful experience learning to dance with Emilio and would highly recommend him to any couple! Thank you Emilio!!! 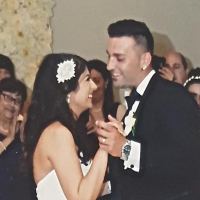 Wedding Dance
We can't thank Emilio enough for his time, effort and especially his never ending patience for teaching us our first wedding dance. He made us feel so comfortable and turned two very un coordinated people into dancers. Our first dance was fun and entertaining and definitely one we will cherish forever. 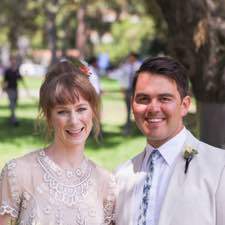 First Dance for our Wedding
Having attended some of Emilio's Salsa Classes, Justin and I knew exactly who to turn to a week before our wedding when we still hadn't sorted out a wedding dance! Emilio was super-calm (despite the time pressure) and knew exactly how to help us relax and figure out a dance with enough flare to prove a hit with our reception guests, but easy enough for us to master. Thanks, Emilio - you played a huge part in making what could have been a stressful experience enjoyable, fun and also a wonderful memory now of a favourite part of my wedding day! 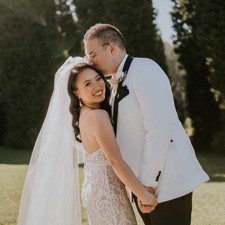 Wedding Dance
Thank you so much Emilio for making our big day unforgettable. Every lesson with you was so fun and we always looked forward to our lesson every week. You put so much love and care into our routine and you are so encouraging and patient. We didn't want our lessons to end! We never thought we would be able to dance a whole routine like that but we are so glad that you made us comfortable and confident with our routine, we would do it over and over again. Thanks again, Emilio! You're a star.

Wedding Dance
We killed our dance last night!!! Faultless, I killed the free styling and everyone loved the rose in the mouth. Gem nailed the end and did a fabulous job in her heels. We had such a great night. Thank you for all you help with the dance. We really enjoyed it, we are going to miss you and our classes, and think you a fabulous teacher with a patience of a saint. We'll be sure to recommend you to anyone in the future. Thanks again 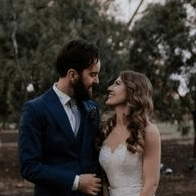 Wedding Dance
From the very first lesson, Emilio made the whole process really fun. We enjoyed learning all the different dance styles. With Emilio's encouragement and support, we were able to pull off a fantastic first dance! We couldn't have been happier with the lessons and how much our dancing improved. Thank you!

Wedding Dance
Thanks again for all your patience, encouragement and the wonderful flair that you helped us add to our wedding dance. As always, it was such a pleasure coming and having the lessons with you. We only wish you were closer so we could come more often!! Thanks for finding evening times for us, it really made it easier for us to come along!
Previous Previous
Studio
20 Chingford St
Fairfield , 3078
VIC
Australia 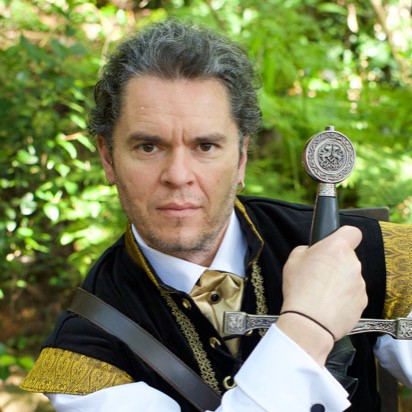 Emilio is a talented performer, dancer & entertainer and one of the quality leading teachers in Dance & Choreography with styles including Tango, Salsa, Dirty Dancing Mambo, Cha Cha Cha, sensual Lambada & Zouk, Bachata, Waltz, Rock n Roll etc. His experience extends to cultural dances which he experienced traveling around the world from country to country. With over 20 years of percussion experience behind him and a unique interpretation of performance through Dance, Theatre and Music, he has become a renowned and talented Choreographer. Ela Rose also trained at the Victorian College of the Arts Drama School, enhancing his appreciation for Drama and Self Expression in performance. This talent and dedication to quality entertainment has led Ela Rose in conjunction with Crown Casino in supporting 'Latin Fever'nights held at Crown Casino Melbourne.

If you would like more detail, please read my Bio

The History behind Ela Rose Studios

The amazing story of Ela Rose Studios came about from the wise old saying of 'what goes around comes around in the most unexpected way'!!

If you would like to know more about how the studio was founded..history


Please get in touch if would like to know more.